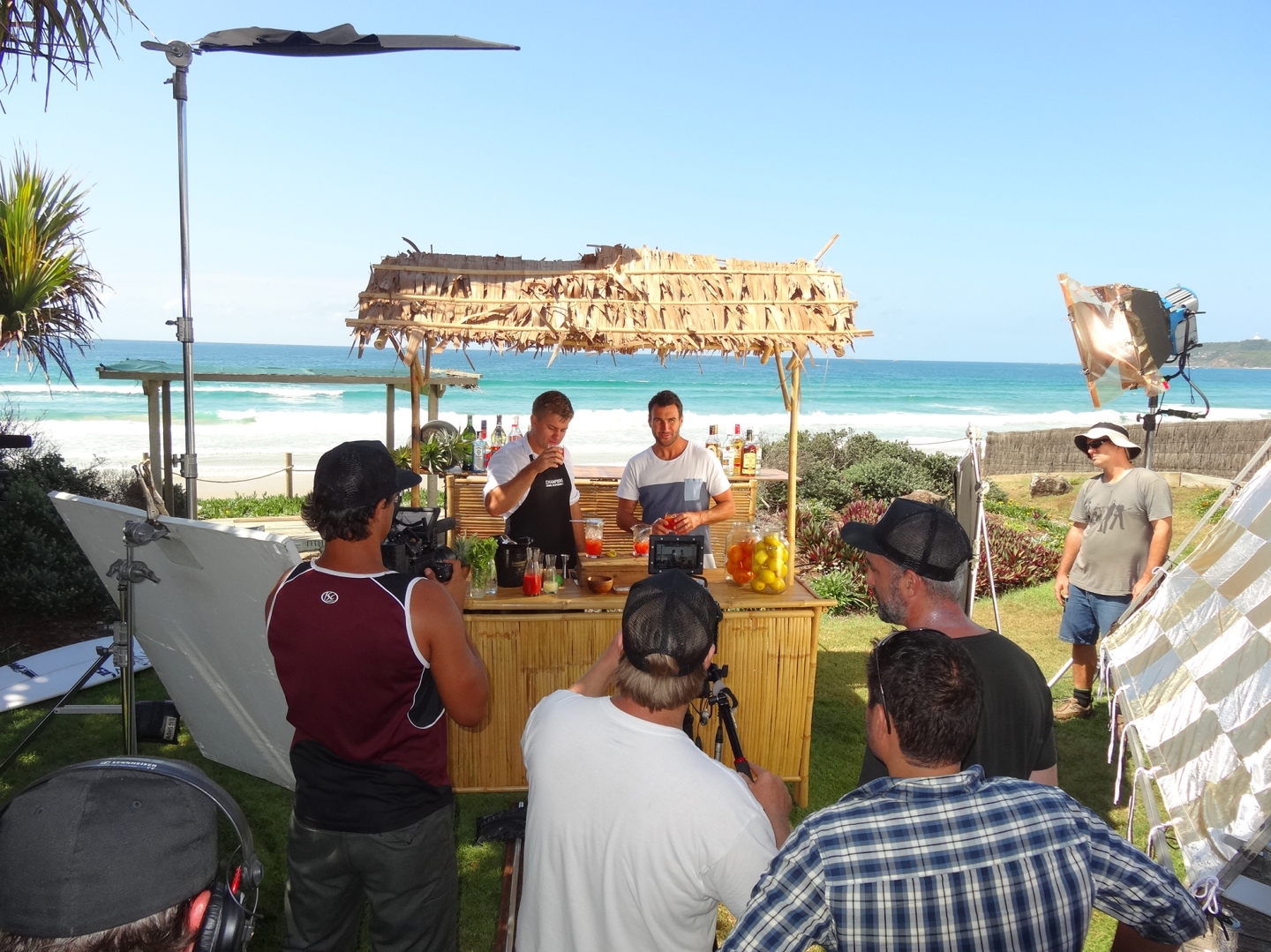 The Band worked with Bacardi Limited, the largest privately held spirits company in the world, to secure ASP World Title Winner Joel Parkinson (Parko) as the new face of its award-winning responsible drinking campaign, “Champions Drink Responsibly,” encouraging legal drinking age 18-29 year olds to pace themselves when drinking on a night out with friends.

The Band’s creative team organised a coastal location shoot with Joel Parkinson at Byron Bay, capturing the campaign imagery for the campaign and creating Audio Visual content of Parko and a bartender mixing mocktails to be shared as part of the launch activity.

Joel developed a set of non-alcohol drinks called “Parko’s Pacers.” Named after different surf breaks – Reef Break, Cloud Break, Point Break and Beach Break – they provide a great alternative to alcohol and allow people to pace themselves on a night out. Parko’s Pacers were rolled out in selected bars and clubs in Australia.

The aim of the “Champions Drink Responsibly” campaign is to encourage consumers to take a “Time Out” from alcohol on a night out with friends by using a simple “T-Sign” hand gesture, a universally known sign meaning time out.

“We are thrilled to have Joel on board as the new Champion in Australia to help Bacardi Limited promote responsible drinking,” said Rick Wilson, Senior Vice President, External Affairs & Corporate Responsibility, for Bacardi. “This is the first year that we have moved from having a global campaign ambassador to a local ambassador, with the aim of making our campaign message as relevant as it can be to have an impact country by country. We believe that Joel can do this in Australia because he is a great role model to share this message with young adults and genuinely believes in responsible drinking.”

Commenting on his role in the campaign, Parkinson said, “Outside of the world tour, I like to do as much as I can with the local community. I’m delighted to be the new local face of the “Champions Drink Responsibly” campaign in Australia to help raise further awareness of responsible drinking and positively influence behaviour.

“The T-Sign is a really simple way people can help take control of their drinking and tell their mates they’re taking a “Time Out” to sit out a round or have a non-alcohol pacer. I’ll sit out at a set of waves in the surf when I need to and it’s no different when I’m out drinking with my mates – for me, it’s all about drinking at my own pace. The T-Sign is about getting young adults to remember there’s nothing wrong with having a “Time Out” and taking responsibility of their own drinking.”

When it comes to drinking, Joel added he would not have reached the same level of success in his surfing career if he’d have not learned to drink responsibly. “The effects would have had a huge impact on my training,” he adds, “and would I have won a World tour? I highly doubt it! To get to the top of my game, I stay in control and it’s the same on a night out.”